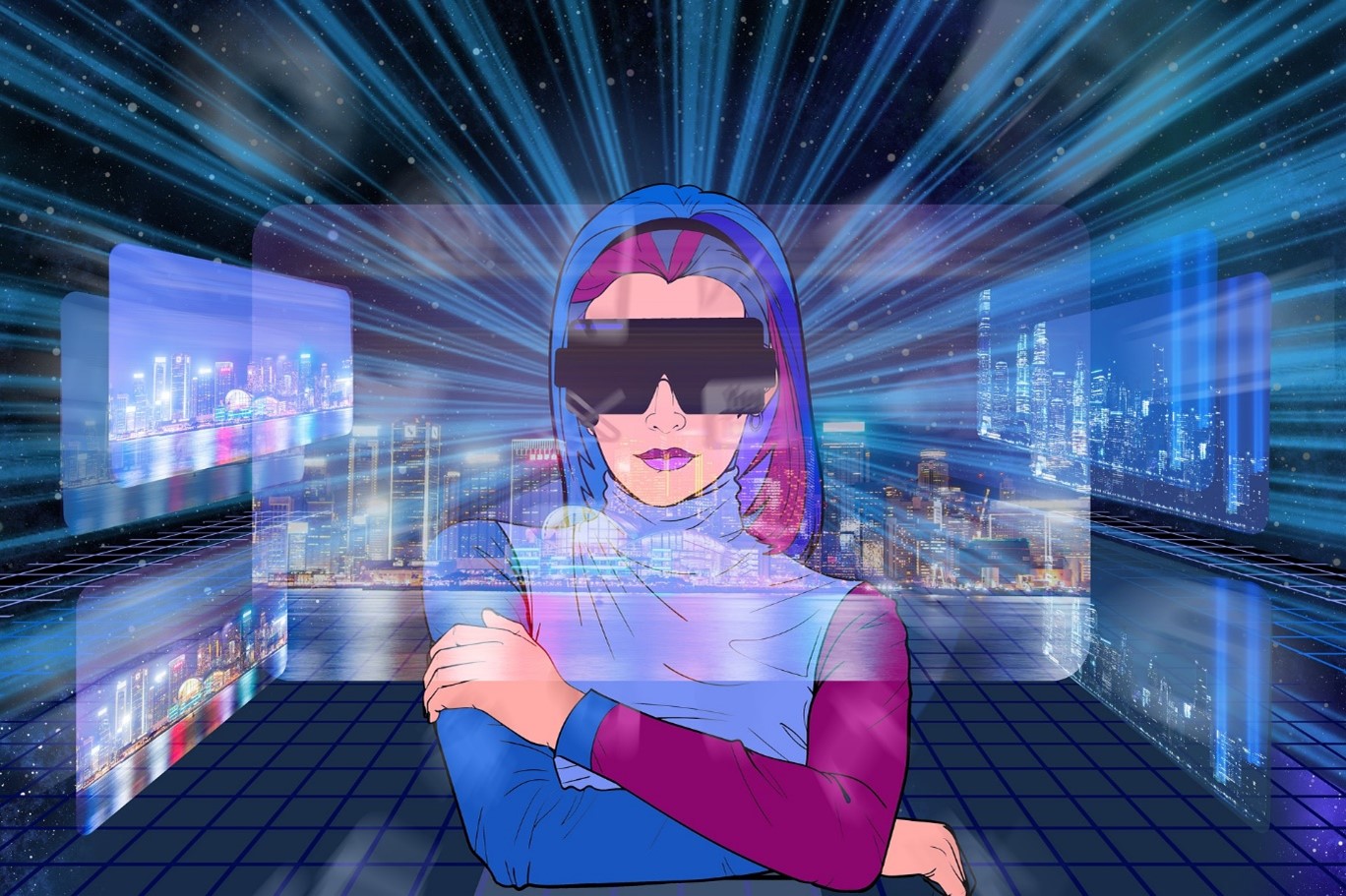 What Web 3.0 has in store for future marketing

In the last few months, the term metaverse has appeared again and again, especially in connection with Mark Zuckerberg, who announced that Facebook should no longer be a social media company in the future, but a metaverse company. But what exactly does the metaverse imply and what potential does it offer for the marketing industry?

Metaverse is for everyone & always on

Even though Facebook has been calling itself Meta since December 2021, the metaverse is not something Facebook can claim for itself. The metaverse functions in a decentralized manner – anyone can network with anyone in this virtual world and move around in it.

It can be seen as an evolution of today’s Internet – because we can not only view it, but also immerse ourselves in it. It includes immersive environments that often use virtual or augmented reality technology and, as such, exists in real time.

It not only includes the virtual as well as physical world, but is also powered by a fully functional virtual economy. This is built on cryptocurrency, for example, as well as digital goods and assets.

Among consumers, the fascination around the metaverse is already present; the keyword “metaverse” already delivers more than 677,000 results on Google. Search queries have risen sharply since October 2021. No wonder when we realize what we can experience in the metaverse. For marketers in particular, the metaverse is a great opportunity, as consumers can be addressed in a completely new way and, at the same time, internal capabilities can be pushed in new directions.

Part of the reason for the strong interest in the metaverse is the broad range of use cases. While the metaverse has been used in gaming for some time, use cases are now expanding into new immersive retail, entertainment, sports and educational experiences.

In marketing terms, the metaverse can be seen as an extension of the omnichannel, because where virtual and real worlds merge, places can be formed for new communities or events can be hosted – and all around the globe. The first concerts, for example, have already taken place in the Metaverse, such as by Ariana Grande and Travis Scott – with millions of spectators. The concert was hosted by gaming giant Fortnite. With the help of motion capture – a tracking process for recording movements – the artists’ movements were transmitted to the stage in real time.

And the technology group Sony, together with the Manchester City soccer club, is also planning to digitally recreate the Manchester stadium. In the future, fans will be able to watch matches live without leaving home. To make the experience as authentic as possible, Hawk Eye technology, VR glasses and different viewing angles will be used.

For companies and brands in particular, this offers the opportunity to create and host organic spaces in which their own community can exist. Brands can also open their own store in a world, community or platform and offer their followers the opportunity to test and buy their products whenever and wherever they want. Because anyone who moves in the metaverse needs their own avatar. This avatar can be individually dressed and equipped and wants to own certain things – just like in the real world. It may seem unusual, but virtual things have just as much real value there as possessions in reality. This is because those who buy virtual goods often use them to purchase so-called “non-fungible tokens,” or NFTs. These are computer files whose authenticity is verified via a blockchain. This means that such goods have a “real” value, unlike goods that have always been available for avatars to buy in online games.

On Fortnite, for example, there are numerous brands that offer virtual products with which users can dress their avatars. And: According to a recent study, around 70 percent of customers who visit a virtual store also make purchases there. But even away from games: The metaverse offers the opportunity to talk to a real salesperson, try on clothes and, in the future, feel them haptically.

In addition to the hype about the metaverse, there is also another hype, and this one turns its back on the digital world: “Digital Detox. How can these two hypes be reconciled? It remains to be seen whether the hype about the metaverse will continue, since there were already predecessors such as the life simulation “Second Life” that pursued a similar idea but quickly fell into oblivion.

Find out more about this and what significance virtual influencers can have for companies in our next blog post!

Already during her studies in literature and linguistics, Annemarie found her passion for good content and the exciting possibilities around online marketing. She finally found her way to CURE via an internship at the end of 2020 and now supports the team in the areas of communication and marketing. In addition to the clear communication, she especially appreciates the warm, idea-sparking atmosphere in the team. Annemarie enjoys spending her free time with friends, relaxing with a good book or enjoying the first rays of sunshine during a morning swim in summer. She also loves traveling to the sea.

Click on the tags to see only posts on the selected topic:

Virtual Influencers
In order to optimize our website for you and to be able to continuously improve it, we use cookies. You can adjust the settings for storing cookies if you want. SettingsSchließen
Privacy settings