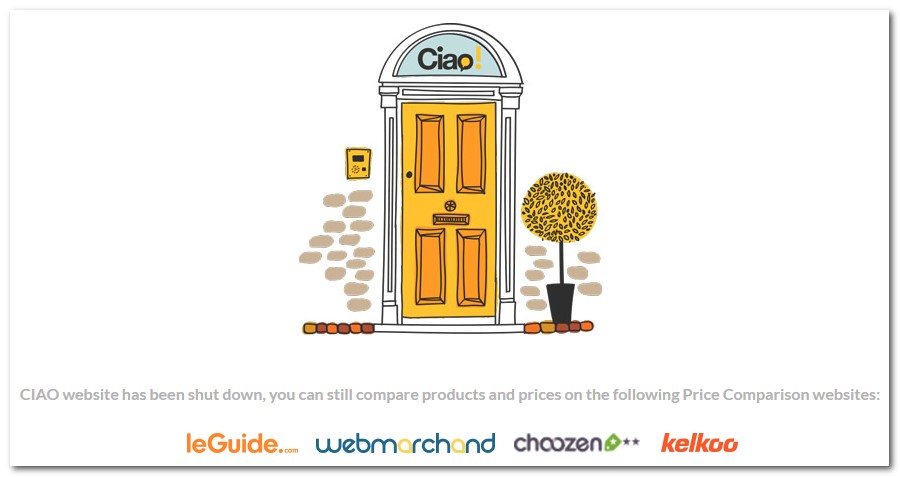 Review platforms such as Trustpilot, eKomi, golocal and yelp are booming. For example, Trustpilot was founded in 2007 and is now active in 24 countries, has more than 500 employees and claims to be gaining 45,000 new reviewers every day. Other providers are developing at a similar pace. Erfahrungen.com, which was established in 2012, now has about 46,000 members and cooperates with businesses such as amazon.com.

According to a study conducted by Search Engine Land in 2014, the reason for this success is that 88 percent of the consumers believe in online reviews as much as they trust in personal recommendations. A GfK survey conducted by Greven Medien in early 2017 indicates that before purchasing something, 66 percent of the people in Germany look for reviews on the Internet, and 52 percent of those aged 20 to 39 often take a look at review portals. Back in 2014, online marketing expert Dr. Christian Bachem observed that “review portals are almost as important as Google”.

Subject area experts were doubtlessly surprised to see two well-known review platforms disappear from the Internet in 2018: ciao.de and dooyoo.de are no longer available.

As a reminder: In three financing rounds, dooyoo raised a total of more than €30 million in risk capital, and its headcount peaked 170. Ciao was active in seven European countries and its website reached over 20. million unique visitors. Now, the venture has reached its end. How does this match up with the above statements concerning the importance of reviews and the success of review platforms?

FROM CUSTOMERS REVIEWS TO FAKE REVIEWS

Ironically, the possible answer can be found on other review platforms. For example, trustpilot.com states: 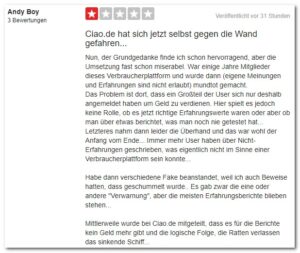 Summary: Ciao.de has run itself into the ground…
After genuine reviews and experiences were abandoned in favour of paid reviews – no matter whether true or not – the once popular consumer platform gradually ran out of money. As a result, the rats started leaving the sinking ship.

If you continue researching, you will find more such comments on the Internet, so the owners of Ciao and dooyoo could have easily noticed that the business model of paid customer reviews can be self-destructive, especially in view of the fact that sites like “erfolgreich-geld-im-internet-verdienen.info” explain in detail how income can be generated, explicitly mentioning that people do not even need to own the products they review:

“Your reports must be comprehensive, detailed and well-written. It would be beneficial if you own the products, but this is not mandatory on Ciao!, Yopi or dooyoo. For example, if you test them at a friend’s, that would also be sufficient.“

A similar comment can be found on gutefrage.net, where the user “Meike78” wrote the following back in 2011: “Previously, I really liked ciao because the reviews were genuine. Meanwhile, however, it has more or less become a shopping portal.” And the user “Terterwe” wrote: “It seems to be a clandestine advertising platform that is being monitored, i.e. it does not feature any independent experiences and reviews.

THE BEGINNING OF THE END

What had happened? Why had the popular review platforms ultimately turned into “shopping portals” that scared away their user base?

In 2008, the French company LeGuide.com acquired S.A. dooyoo, and in late 2011, the same company also took over Ciao. This is what the takeover release stated:

“LeGuide.com Group would combine the talent, expertise and technology of the two organisations, focused on the goal of helping online shoppers make wise online purchase decisions. In addition, our e-commerce partners would benefit from considerable increase in qualified traffic we will able to direct via our websites.”
Evidently, the takeover altered the character of the site. The goal was no longer to publish authentic reviews, but rather to achieve conversions by means of the reviews. A conflict of goals was inevitable. See what the user “Terterwe” commented on gutefrage.net:

“I had written a negative review about a destination in order to warn others. Three alleged users immediately (!) rated the report as “not helpful”. Accordingly, the destination still has five stars. Very shady. It’s a shame.”

WHAT CAN WE LEARN FROM THIS?

In an age in which even the U.S. President makes generous use of the term “fake news” and tools are offered to detect fake reviews on amazon, platforms whose reviews are obviously not authentic are quickly cracked down on. The end of Ciao and dooyoo thus also demonstrates the general consumer demand for genuine experiences.

Obviously, the growing level of social media marketing is making it difficult to draw a line. For virtually every product that is purchased (or that is provided free of charge for “testing”), a review is requested, and any complaints are to be clarified in advance. Thus, as is the case in many other areas, the question which reviews are actually fake cannot be answered in simple terms of “true” or “false” or “black” or “white”. There are many grey areas in between. More importantly, a consumer should personally scrutinise the business models of the review platforms and base his opinion on a broad fundament, i.e. he should read numerous reviews on diverse platforms – and perhaps also get “offline information from the real world&quo

In terms of social media monitoring and analytics, genuine and fake reviews alike represent a challenge. Even if reviews are genuine – if they are mostly associated with a single platform, they will of course improve the sentiment and the tone from the analytical perspective, but it is still not certain that this will also have a relevant effect on the perceived reputation on the Internet. This depends on factors such as the Google ranking of the platform.

And of course, the actual customer reviews must also be scrutinised – a customer may give four stars and praise the product, but still criticise the service severely in the review. The social media analyst’s job is to reflect all of this correctly in the analysis.

In conclusion: Social media listening can be an effective tool IF the voices of users and customers are truly heard AND the analysis results in suitable measures. If Ciao and dooyoo had followed such an approach, the two platforms could have become as large and successful as Trustpilot and others … 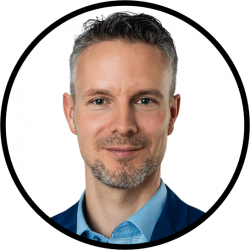 Marco has been managing the company's fortunes as a partner and managing director since the company was founded. After studying business administration, he first worked in the management of an asset manager. He then worked as a business development manager for a large bank in Luxembourg, where he contributed to the expansion of the international business. In 2009, Marco finally moved to the newly founded CURE S.A., where he was responsible for building up the social media monitoring and marketing divisions. Marco appreciates inspirational films, enjoys progressive trance and house music, likes to use lunch breaks for running and is interested in biographies, psychology and new technologies.

LinkedInXing
Beiträge von Marco Feiten anzeigen
Kontakt aufnehmen
Close Menu
In order to optimize our website for you and to be able to continuously improve it, we use cookies. You can adjust the settings for storing cookies if you want. SettingsSchließen
Privacy settings